How you spent your life and where you spent it is one thing, but your final resting place should be as ceremonious as possible. Your place of internment should be in line with your personal beliefs and it should serve as a spiritual sanctuary. With the passing of cultural icons, such as Dr. Ben the issue of the “home going” ceremony and “burial rites” are at the forefront of people’s mind. This temple built in Japan, utilizing smart technology is just a small indicator of what the possibilities can be for a forward thinking demographic, who know that mortality is a major issue, and death is inevitable.

END_OF_DOCUMENT_TOKEN_TO_BE_REPLACED The masked figure from Anonymous delivers a statement warning of an “Electronic Holocaust” against Israel. YouTube screengrab
Me personally, I have always been skeptical of Anonymous and their inability as of lately to carry out their grandiose threats. As disruptive as they appear to be you never see them being declared a “terrorist” group nor do you concerted united efforts to bring them down. By the looks of things though, instead of banging on Israel, they need to do some recruiting there, because once again the Israelis have curved an attempt by outside forces to bring them to their knees, thus reaffirming my long held notion that these dudes are the biggest cyber bullies on campus.

END_OF_DOCUMENT_TOKEN_TO_BE_REPLACED

From the same folks who brought you “The Earth is Flat” and “We Discovered America” now they are making estimations about exactly when they will make “contact” with alien life forms, but they’re not talking about upwardly mobile life forms, nah they are more so making coy references to microbes, the building blocks of organisms. To my understanding though, microbes come intact with meteorites and other space junk that falls to Earth. And it is pretty pretentious of them to think that any intelligent life form would want to share a square inch of co habitable space with these planetary war mongers. I think it is only a matter of time before there space hall pass gets revoked.

END_OF_DOCUMENT_TOKEN_TO_BE_REPLACED

The Return of the funny man…damn we need that ASAP!!

END_OF_DOCUMENT_TOKEN_TO_BE_REPLACED

It takes a village to blaze a pound? This is a power move on the part of the tribes, they are using warehouser COSTCO as their personal dispensary…wonder how many people are gonna be relocating to Washington once they figure out how to stretch this ‘stimulus’ package.
via kitsapreport
REDMOND WA- Kirkland based wholesale megastore Costco has announced plans to offer bulk high grade marijuana under their flagship Kirkland Signature brand in all 237 Washington locations. The marijuana will be exclusively purchased from the Suquamish Tribe, which is currently awaiting federal approval to begin production on. Tribal gaming commissioners met with Costco executives more than 3 months ago to work on a tentative deal. Kirkland signature hopes to add marijuana to its laundry list of goods including baby clothes, shampoo and dad shoes by the end of June.

Oculus Rift will revolutionize the way everything is done..especially sex…here is a sneak peak of what’s in store. 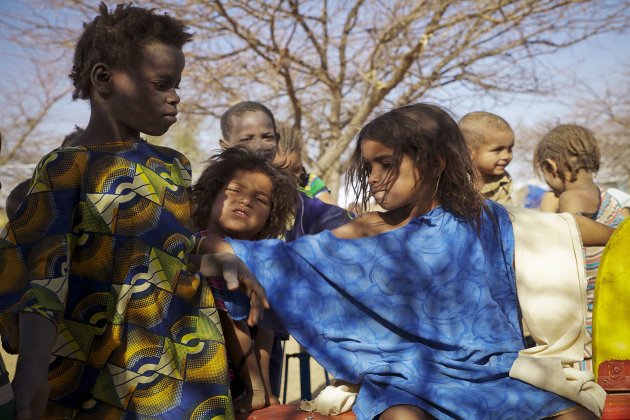 Reuters/REUTERS – A Tuareg child pushes away a Bella girl (L) at a camp for Malian refugees in Goudebou, Burkina Faso, April 5, 2014. Half a million people fled the conflict in Mali, some crossing the border to neighbouring Burkina Faso. Fleeing Tuaregs took with them their livestock and servants from the Bella ethnic group, a marginalised people who for centuries have been kept in slave-like conditions throughout Mali, Niger and Mauritania. To match story MALI-SLAVES/ Picture taken April 5, 2014. REUTERS/Misha Hussain (BURKINA FASO – Tags: SOCIETY IMMIGRATION TPX IMAGES OF THE DAY)

LONDON (Thomson Reuters Foundation) – Almost 36 million people are living as slaves across the globe with an index on Monday listing Mauritania, Uzbekistan, Haiti, Qatar and India as the nations where modern-day slavery is most prevalent.